n people are asked to name a Welsh hero, they often think of someone from the present day, such as a singer, a sportsperson or a politician. But many people would also say that Owain Glyndŵr is the country’s greatest hero - he was the ‘Mab Darogan’ or ‘Son of Prophecy’ who led Wales in a war against the English.

Owain lived over 600 years ago and owned land in North Wales, near the border with England. He was related to many famous people who had ruled in Wales in the past: his father was descended from the princes of Powys; his mother from the princes of Deheubarth; and he was also related to the princes of Gwynedd. Glyndŵr’s father, Gruffudd Fychan, had lordships in Powys Fadog - he was the lord of Cynllaith and also the lord of Glyndyfrdwy. Owain was a child when his father died and so Sir David Hanmer took him under his wing. He was an important lawyer and Owain later studied law at the Inns of Court in London when he was old enough.

As a landowner, Glyndŵr was expected to fight on behalf of the English king and he did this a few times when he was older. In 1383, Owain married Sir David’s daughter, Marred, and, when Hanmer died in 1387, he took over the running of his estates in North Wales. Owain lived a good life in Sycharth with his family. We know this because of a poem written by Iolo Goch which praised both Owain and Marred. Glyndŵr’s life was soon to change, though, mainly because of his English neighbours - and especia

Many people were unhappy with the way they were treated - and the heavy taxes they had to pay - after Edward I of England conquered Wales in 1282. The situation got worse when Henry IV became the English king in 1399, and it was then that Owain became the leader of the Welsh. Soon afterwards, most of the people of Wales had joined him in his Uprising. Owain began his campaign in Glyndyfrdwy in North Wales in 1400 and went on to attack many English-held castles in the area. His men used ambushes and raids to attack their opponents, but the larger and slower English army wanted to fight him in battles instead. 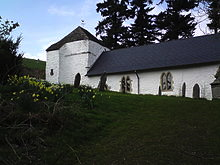 ’s army did manage to defeat the English in battles at Hyddgen and Bryn Glas, though, and by 1404 he controlled almost the whole of Wales. He had captured important English people, such as Reginald Grey and Edmund Mortimer, and held them hostage until a ransom had been paid for them. In Mortimer’s case, Henry IV refused to pay and so Edmund changed sides and married Owain’s daughter, Catrin. Owain’s men also attacked many English-held towns throughout Wales, and managed to take control of the castles in Aberystwyth and Harlech. Henry IV’s son had burned Glyndŵr’s homes at Sycharth and Glyndyfrdwy in 1403, and so Owain moved in to Harlech castle and made it his family home for the next five years.

Glyndŵr was not only known as a soldier but also as a politician and statesman. He had help from other countries, such as Scotland, Ireland, France and Castile - and also from many English people who did not like Henry IV. He held a parliament in Machynlleth in 1404 where he was crowned prince of Wales, and another one in Harlech a year later where he made plans for invading England with the help of an army sent by the French king, Charles VI.

anted to remove Henry IV from the English throne and then divide Wales and England into three parts: he would rule Wales and a part of England; Edmund Mortimer would rule the south of England; and Henry Percy, the earl of Northumberland, the north of England. This plan was called the Tripartite Indenture but it failed when the Welsh and French army was stopped by Henry IV’s army at near Worcester, and the French eventually went home.

This was a big blow for Glyndŵr but he did not give up. A year later he sent a letter from Penn

al to Charles VI asking for more help. In the letter he set out his plans for Wales as a country with its own church and universities, which did not depend on England. Henry IV was already talking with the French by this time, though, and Owain’s support from France slowly faded.

Over the next few years, the English managed to gain more and more victories in Wales. They put Owain’s castles in Aberystwyth and Harlech under siege and then eventually took them. When Harlech castle fell early in 1409, Glyndŵr’s family were captured and then taken to the Tower of London where they all died within a few years. Owain was not captured, however, and he led raids against the English until his son, Maredudd, took over as leader in 1412. We do not know exactly what happened to Glyndŵr after this. Some stories say that Owain lived with his remaining children on the English border and that he died there in 1415. Others say that, like king Arthur, he never died and is resting in a cave, ready to rise again to save Wales in its darkest hour.

Most of what we know about Glyndŵr’s Uprising comes from English storytellers who wrote about it many years later. They tell of the great devastation caused by Owain’s campaign, and that the Welsh people had to suffer for many years because of it. Others have a different view, though, and say that Owain’s hopes for Wales - with its own church, universities and parliament - are now beginning to come true.