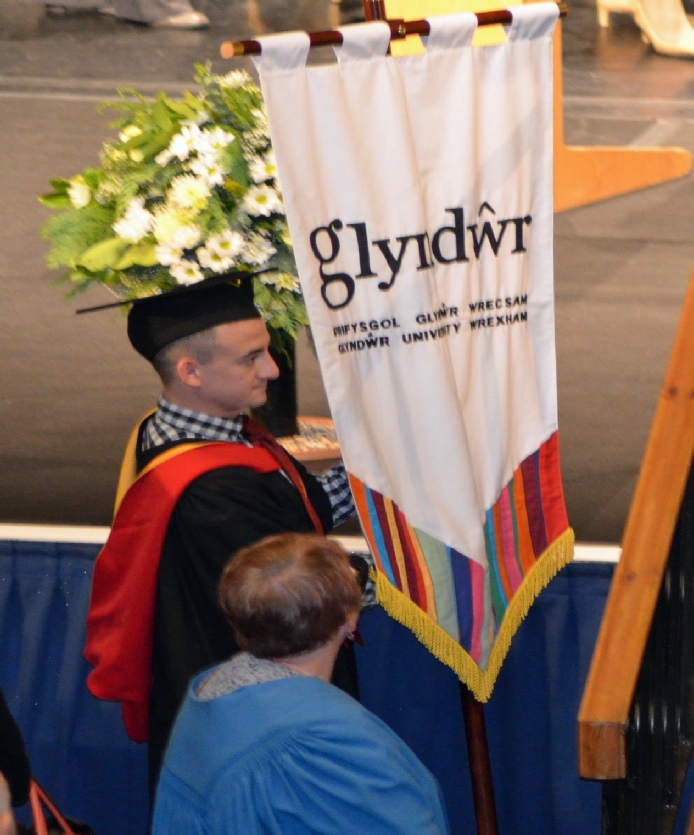 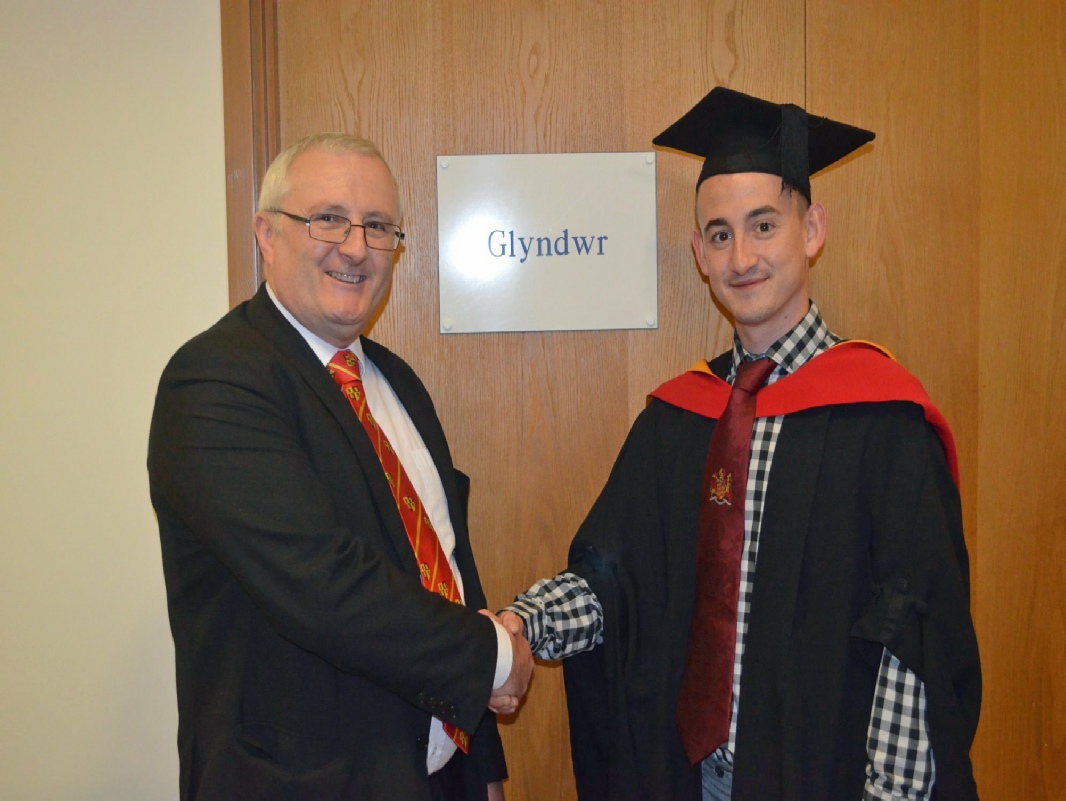 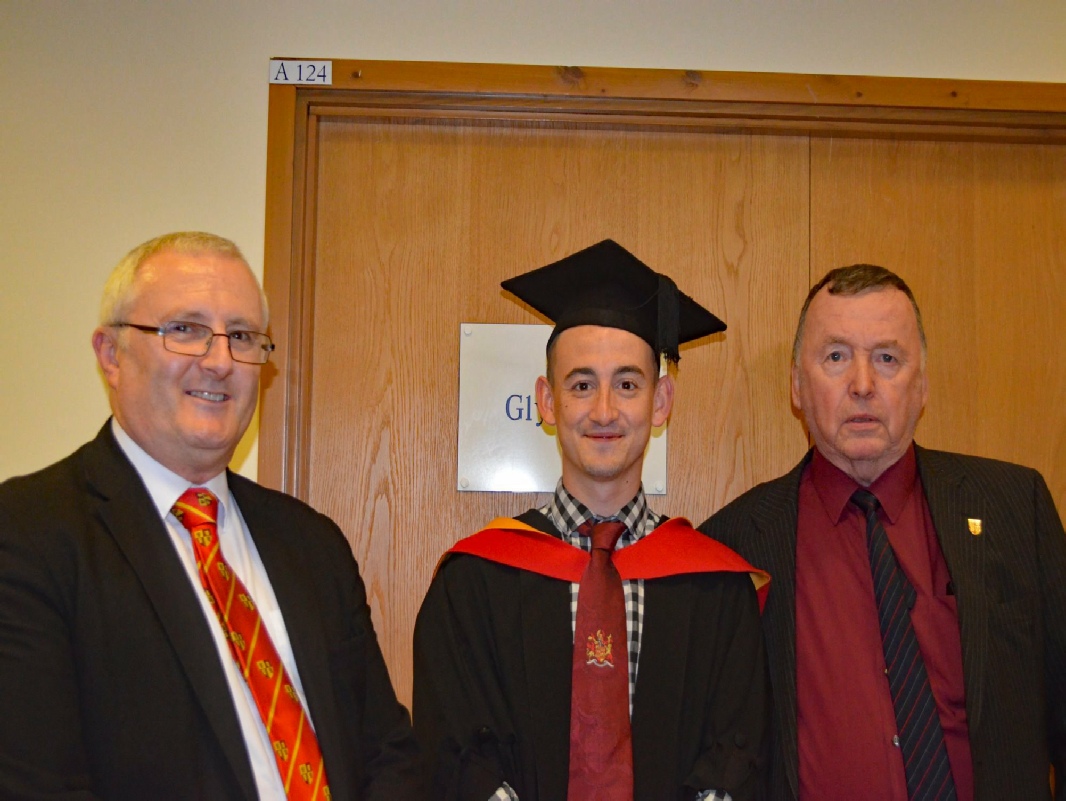 The Owain Glyndŵr Society Alumni Prize was presented to Marc Caldecott at a graduation ceremony at Glyndŵr University on Thursday, October 27th, 2016. Marc was a deserved winner of the award due to his services to the Welsh language, equality and diversity, and his passionate representation of the University and its students, particularly in his time as Student President at Glyndŵr University.

The Society donated a silver salver to the University a number of years ago, and Eirwyn Evans, Hilary Evans and Gareth Jones were there to see it presented to Marc. As usual, the Society was warmly welcomed by Andrew Parry from Glyndŵr University – as well as the new Vice-Chancellor, Professor Maria Hinfelaar.

The photographs show the graduation ceremony, and also Marc being congratulated on his award by Gareth, Eirwyn and Andrew.